Wolf Spiders: How to Avoid Their Bites

Wolf Spider NYC: How to Avoid Their Bites

The name itself alone sounds threatening. Being bitten by one is even worse. Here are some tips you can follow to avoid a bite from a wolf spider.

New York is home to a variety of spiders, which aren’t only creepy, but intimidating too. The wolf spider is just one of them. These are large brown, black, gray or orange colored spiders having a thick hairy body, large compound eyes, and sturdy legs. They don’t create webs, but are hunters by nature, and got their name because of this nature.

The most threatening factor attached to spiders is their bite. Almost all spiders can bite humans, but not all of them are venomously resulting in life-threatening symptoms. Unlike the venomous Black Widow or Brown Recluse spiders, wolf spiders aren’t poisonous and do not pose harm to adult humans.

Why Does a Wolf Spider Bite?

Wolf spiders don’t bite humans out of habit or for food. Although they are quite aggressive towards their prey, when they come across humans they usually retreat. But if the person provokes them or tries to step on them, they will bite in defense.

Wolf Spiders only attack humans or bite them when they feel threatened.

Symptoms of a Wolf Spider Bite

Even though wolf spider bites are painful they aren’t detrimental to human health. Their venom has an extremely low neurotoxin. The common symptoms are similar to any other bug bites which include itchiness, redness of the area, and swelling.

The symptoms usually subside within a few days. However, children, the elderly or people sensitive towards spider bites may experience allergic reaction. If any of the following symptoms arise then they should immediately seek medical help: 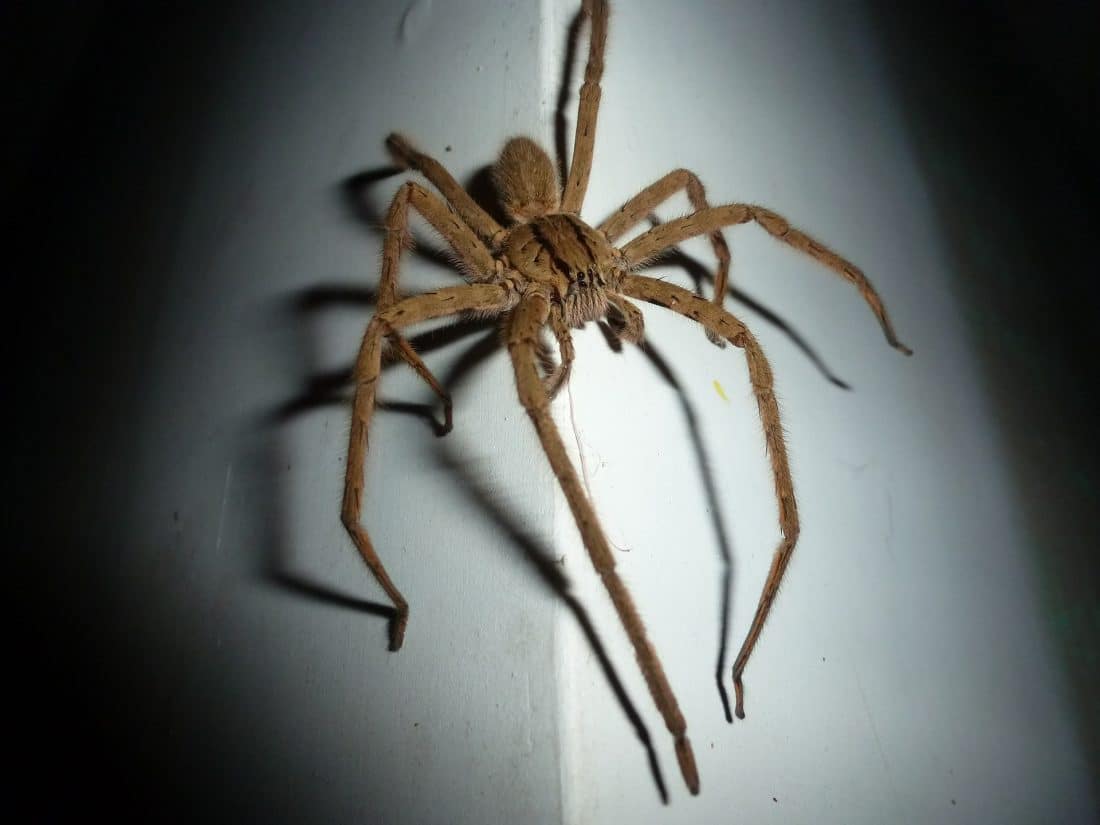 How to Avoid Wolf Spider Bites

Despite wolf spider bites not being dangerous to humans, it is still a good idea to avoid the pain that comes from one. To avoid wolf spider bites it’s essential to wipe out these menacing spiders from your place. Follow these preventive measures which you should take to get rid of these spiders, and avoid their painful bites.

Wolf spiders prefer to live in dark and shady places and are ground-dwelling hunters in nature. They usually infest the outdoor premises like gardens because of the easy availability of prey. Take these steps to avoid a wolf spider infestation in your yard.

Clear your yard, and get rid of all sorts of debris and clutter. Remove extra stones, empty planters, grass clippings, firewood piles, mulch, and compost as these provide the much needed dark hiding places to wolf spiders.

Wolf spiders live close to the ground, and low vegetation is one of their favorite hiding places.

If you come across such a plantation, there is a concern for a bite. It’s better to remove heavy ground covering plants, but if removing all of them isn’t possible, then shift them away from the house’s perimeter.

To prevent wolf spiders from sneaking into your house, it’s critical to seal all types of cracks, gaps, and holes. Any holes in the exterior walls, around windows, doors, and the house’s foundation should be sealed off. Repair broken window panes, and install insect screens over all vents in the house.

Light attracts insects, and they are favorite prey for wolf spiders, so keep exterior lighting at a minimum as much as possible. Also, instead of regular outdoor lightings, use sodium vapor lights. They aren’t very attractive to insects, so they stay away from them.

Although wolf spiders prefer outdoor settings, they can also sneak into your house either in search of food or shelter. Take the following measures to control wolf activity in your house and protect yourself and your family from painful wolf spider bites.

After caulking the gaps and holes in outdoors fill the gaps and cracks from inside as well. Install weather stripping under doors and windows, and remove any possible entry points.

Vacuum your house regularly because this will help in removing the debris and spilled food particles that attract insects, bugs, and pests which in turn invite wolf spiders into your house.

Wipe out clutter like old magazines, cardboard boxes, books, and dirty clothes from your house as much as possible. They provide a safe hiding place to wolf spiders. Store your belongings in the attic, garage, and airtight plastic containers.

But if despite all the precautionary measures, you come across a wolf spider and it bites you, don’t panic because although the bites are painful they aren’t deadly.

Wolf spider bites will heal on their own in a few days, and the most you should do is clean the spot with soap and water and put a bandage.***